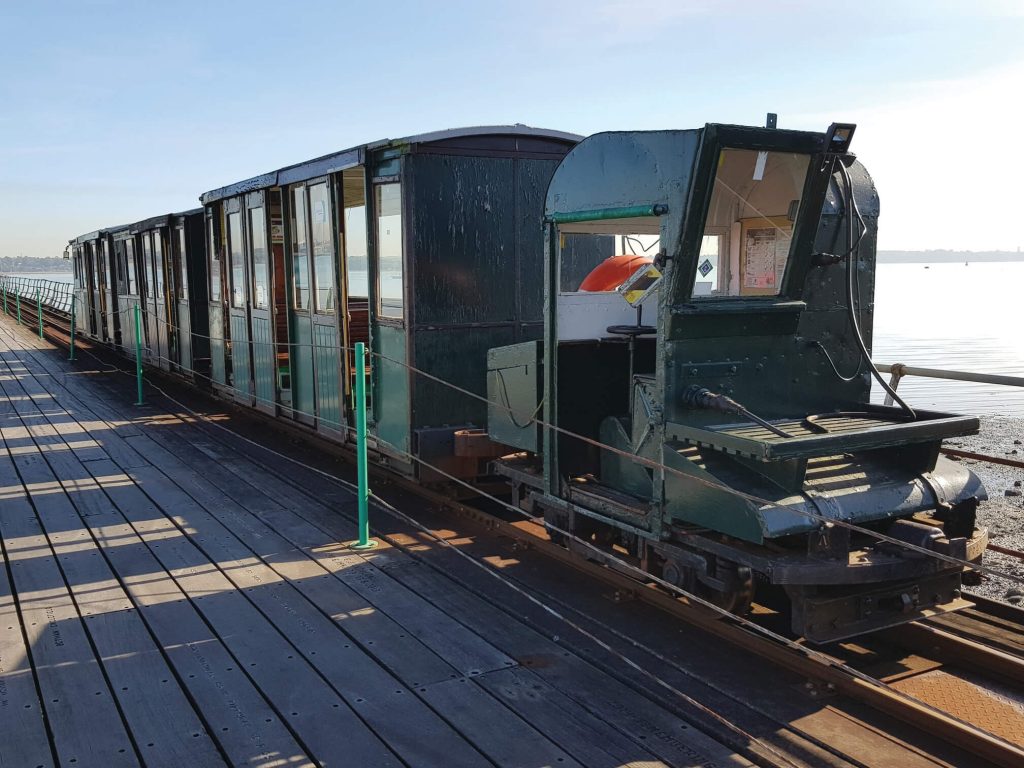 Hythe Pier Train is the world’s oldest working pier train and was fit for a king. Nearly 100 years old, it needs some TLC. Now work is steaming ahead on a £222,000 project and a consignment of hardwood has arrived for the repair of carriage number 4 which has been lying in the workshop at Hythe Pier since 2017.

It is one of a pair of standard passenger carriages that arrived in May and June 1922 before the railway opening in July 1922. King George V1 used the train when he visited the Southampton area shortly before the D-Day landings in the summer of 1944.

Hythe Men’s Shed who have 65 volunteers with a wide variety of skills, are playing a major role in the restoration. Allan Fairhead says: “Our prime objective is to assist with the restoration of the historic pier train as well as being a community hub for other activities.”

Alan Titheridge, who last year wrote a book about the Hythe Pier and Ferry, says: “The Hythe Pier Heritage Association aim to return the pier train to its former glory. It is a jewel, not just in this community but a national treasure.”

You can keep up to date with the progress of the restoration, make a donation or join the Association.