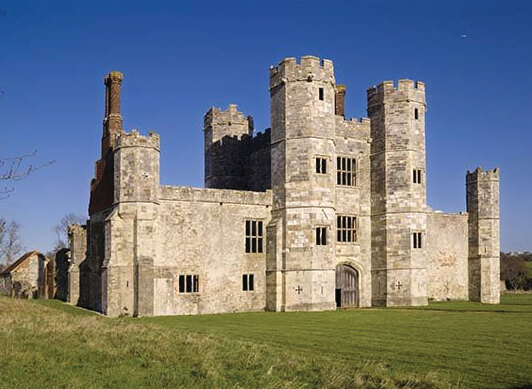 Titchfield Abbey is an English Heritage site that gets very little notice and no longer even charges admission. It was built in the 13th century Premonstratensian abbey and was the home of a community of Premonstratensian canons. The canons lived a communal life under monastic vows but were also involved in the wider community and teaching the Gospel. Of the 14 or 15 canons here, two served as vicars to nearby parish churches.

After the Suppression of the Monasteries, Henry VIII gave the abbey to Sir Thomas Wriothesley, Earl of Southampton, who was a loyal civil servant and was given monastic lands as a reward. He proceeded to transform the main abbey buildings into a grand Tudor mansion called Place House, a residence fit for a rising courtier. Royal guests at the house included Edward VI, Elizabeth I and Charles I with his queen, Henrietta Maria.

The most impressive feature of the abbey today is a grand turreted gatehouse, which was built across the nave of the church.

For more information, go to: www.english-heritage.org.uk