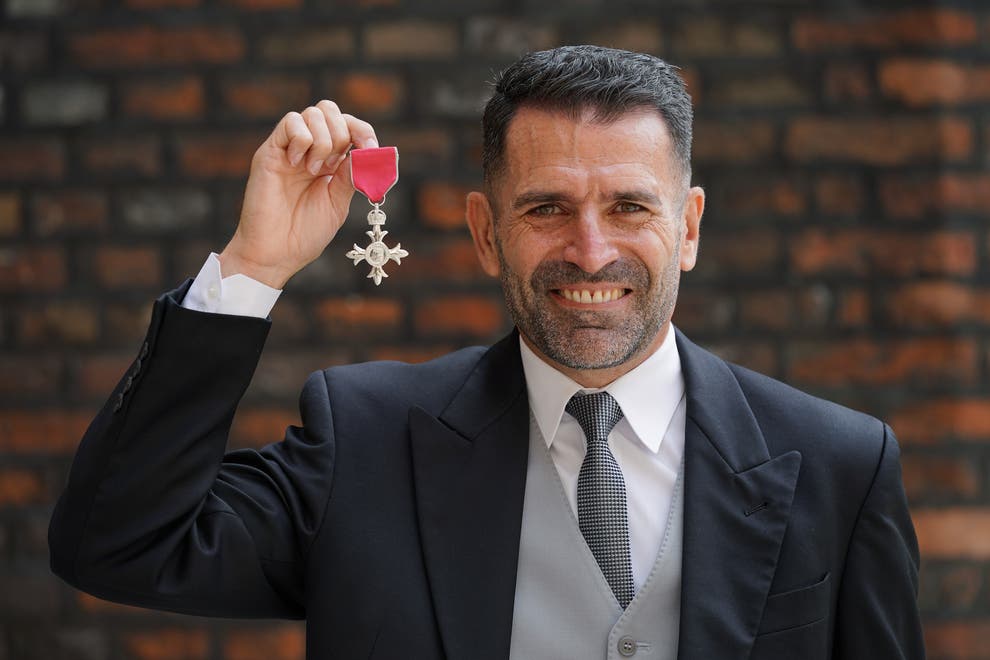 Saints’ soccer legend, Francis Benali, who became the city’s marathon man, has been saluted by the Queen for raising £1.2 million for Cancer Research UK.

The 52-year-old picked up the MBE from The Princess Royal who quipped: “Have you run here today?”

Franny, who played football for 20 years for Southampton FC in nearly 400 games, has a cult following with Saints fans across the globe.

The Saints strongman was hailed a hero off the pitch after completing a series of gruelling endurance events including seven Ironman distance triathlons in seven days.

He began his epic fundraising with ‘Benali’s Big Run’ in September 2014 running 1,000 miles in three weeks between every football ground in the Premier League.

Southampton born and educated at the city’s Bellemoor School, he penned his autobiography with acclaimed Daily Mail sports journalist Matt Barlow, in which he recalls countless tales involving players, managers and matches.

The intense commitment he had as a player found a new outlet in the world of endurance sport through Ironman triathlons and marathons.

Benali’s story shows what can be achieved through dedication and commitment both on and off the pitch.