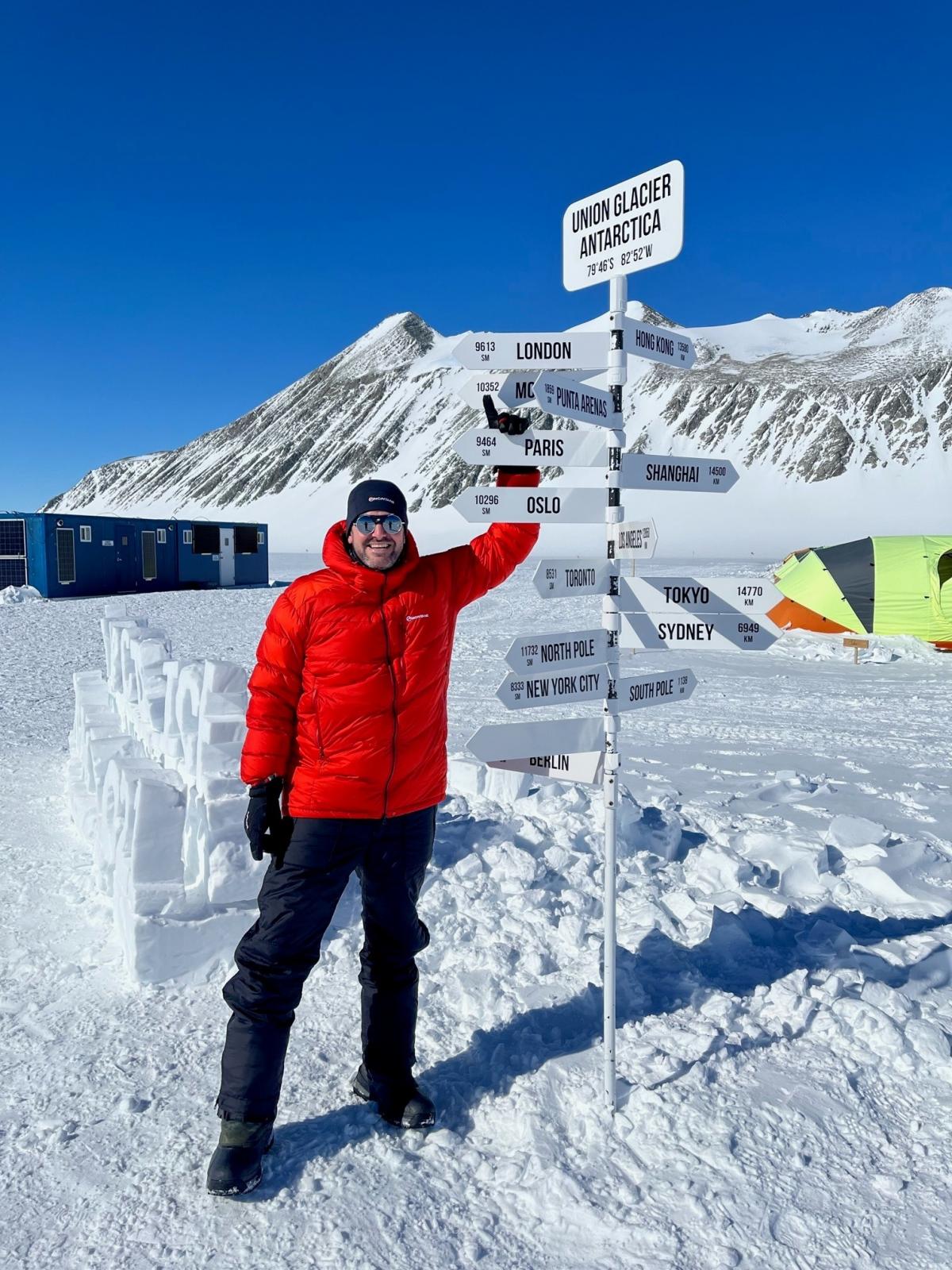 British adventurer and Channel 4 ‘Hunted’ star, Jordan Wylie, is an ex-soldier from Alresford and he has been on a polar quest to run marathons in 10 of the coldest places on the planet.

Despite the continual changes in travelling rules, Jordon ran 26.2 miles in Antarctica for his latest polar challenge.

After nearly three weeks of flights, quarantines, PCR tests, a library of documentation in his backpack and patiently waiting for weather windows to open from Antarctic storms, the intrepid adventurer and Army Cadets national ambassador made it to the Union Glacier in Antarctica where he ran a marathon in the coldest, windiest, iciest, highest and driest continent on the planet.

It is currently also the only continent in the world with zero Covid cases.

Jordan, a bestselling author, has already completed ice cool marathons in Siberia in Russia, Yukon in Canada, Alaska in the USA and Jökulsárlón in Iceland.

He said: “To accomplish a marathon at the end of the earth on in this magical place was an incredibly tough challenge.”