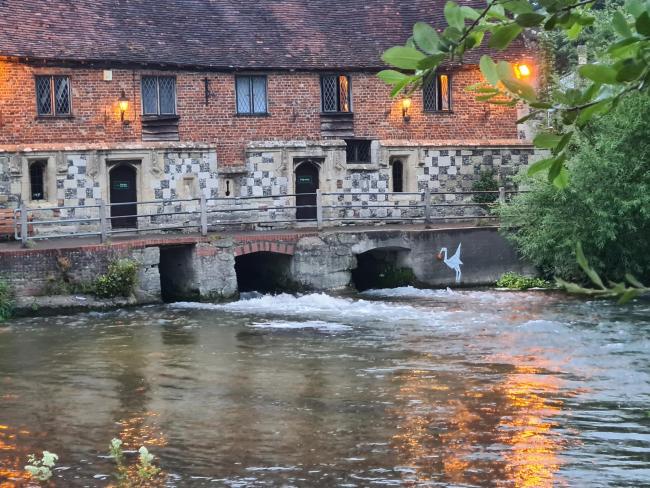 A new bird has appeared and is making itself at home along the River Avon in Salisbury, but it’s no ordinary type of animal.

Tucked away along the bridge outside Old Mill Hotel, on the Town Path, an illustration of a bird and a fish has appeared, to the delight and confusion of residents.

One passer-by who was walking to work via the town path past the Old Mill Hotel spotted this street art on the wall and said it “made him smile” as he believed the creatures to be real until he got a closer look. “It just brightened up my morning.”

Suggesting the bird and fish image appeared Tuesday night, he said: “I was walking to work via the Town Path past the Old Mill Hotel and spotted this street art on the River Avon mill wall. It looks amazing in the area and as you may see from the picture it has a real looking fish in its mouth. It just brightened up my morning.”