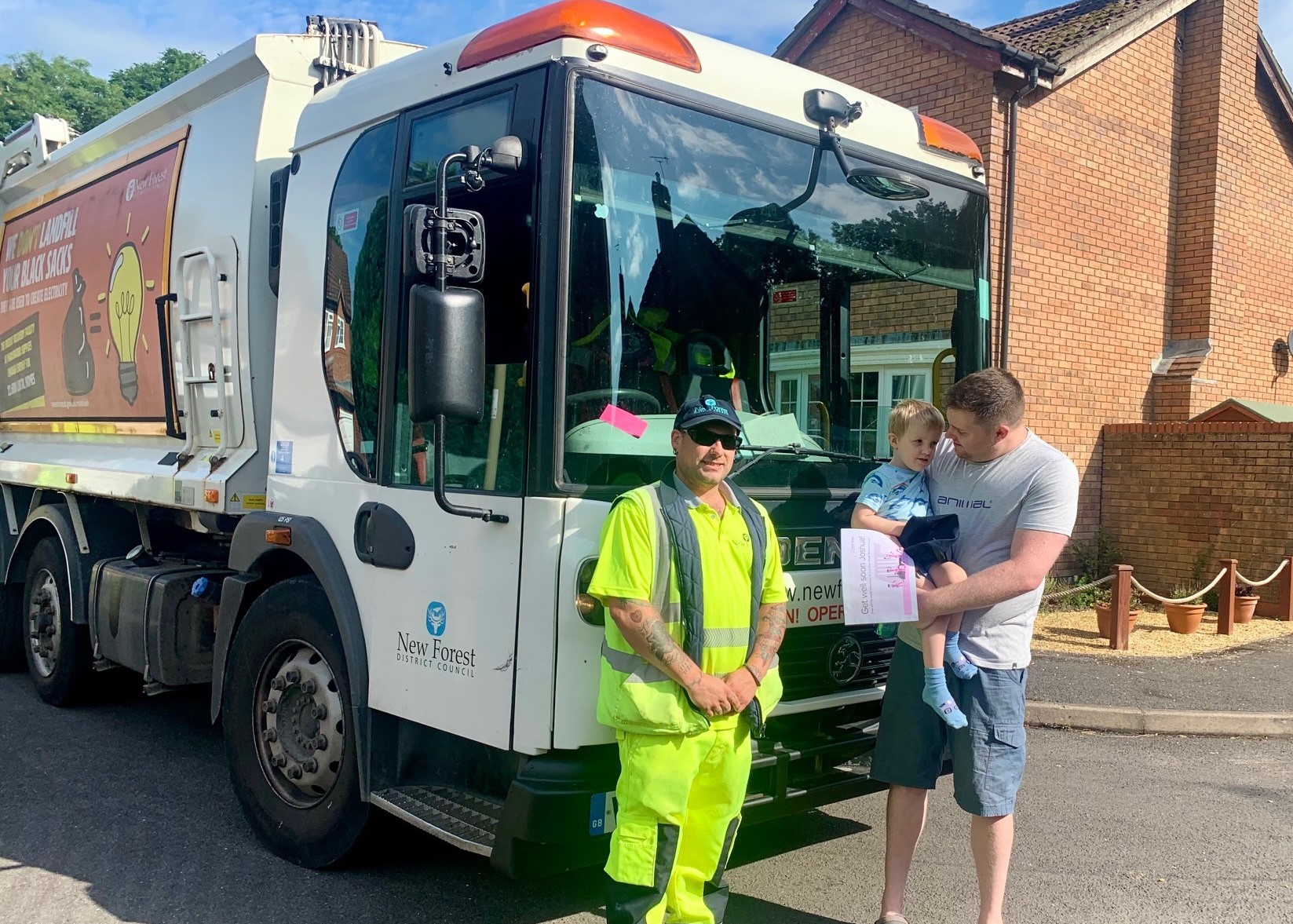 Council bin workers at Marchwood always look forward to getting a cheery wave on their rounds from 3-year-old Joshua Smith.

When the youngster, who has a fascination with trucks, broke his leg, his dad Carl Smith got in touch with the New Forest District Council to see if the dustcart crew could cheer him up.

Dave Wheeler-Osman, waste, and recycling supervisor, said “The team recognised Joshua as he gives them a wave from the window every week and so we were only too happy to spend a few minutes showing him the wagon.”

Joshua usually helps his dad carry the refuse bags to the front of the house and Carl said: “The truck coming is always the first thing he talks about when he gets up. He has lots of toy trucks and one of them is just like this one.”

The youngster was shown around the truck and the driver’s cabin and he and his dad got to press the green button that crushes the sacks in the back before the crew presented him with a get-well-soon card and his very own NFDC cap.