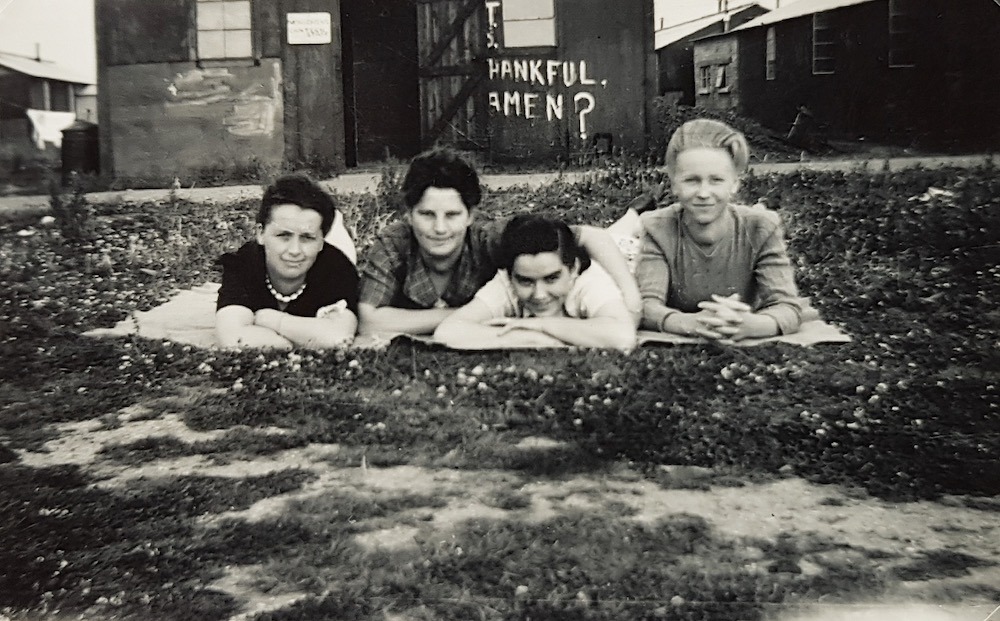 In 1942, at the age of 18, Olga Babij, was forcibly taken from her family by German soldiers. From there, she was transported to Austria to work on various farms. She lived in barns, slept on straw beds and was subjected to hard manual labour. When the war was over, Olga and three others ran away, abandoning all their papers and made their way down to Italy. With the help of Polish soldiers, she travelled to Britain in 1946.

Arriving by ship, Olga went first to the Polish Dependants Hostel camp in Hiltingbury Road and then to Hut 11 in Chestnut Avenue. It was there she first met her future husband, Wladyslaw Miller, who had come over to Britain in 1947 as part of the Polish army. They married, had three daughters, Ira, Christine and then Zina. They initially resettled to Dutton Road in Eastleigh, later moving to Bishopstoke.

In 2015, Zina and her husband started to search for her mother’s family in Poland. By now Olga was elderly and unable to help, but they made a startling discovery on the internet. A family was looking for their grandfather’s sister called ‘Olga Babij’. But they were not in Poland as expected but Ukraine. Was it too good to be true?

They told the story of how Olga was born and lived before the Second World War in a village called Kniazha, in Zvenygorodka district, Kyiv region (now Cherkasy region), in central Ukraine. She was born, not in 1925 as had been shown on her Italian settlement ID card, but in 1924. When the German army occupied the territory, they took the youth away to work on farms and in factories in Austria and Germany. Her two elder brothers Ivan and Vasyl had fought against the German army. Her sister Hanna was already married and had a daughter so was safe. Her youngest brother Boris was too young to be of any use for labour, so he stayed in the village. It was through his granddaughter, Liuda, that Zina discovered the connection to Ukraine.

Olga had changed her nationality and age to prevent being sent back to Ukraine after the war. Polish refugees were allowed to settle, but not Ukrainians. Ukraine remained under communist rule and Olga’s recollections of the Stalin-imposed famine under which millions perished was no doubt behind her decision to forge a new life in Britain.

Sadly, Olga died in 2018, but not before her remaining Ukrainian family visited her twice in the UK, sharing her last Christmas with her. Since then, Zina and her family have been to Ukraine to meet her extended family who gave them all a very warm welcome, some travelling hundreds of miles to greet them at a grand feast. The search for Zina’s father still continues.

The Polish dependency hostel camps form an important part of Chandler’s Ford history, marked with plaques for us to remember the people who lived there and what they went through.