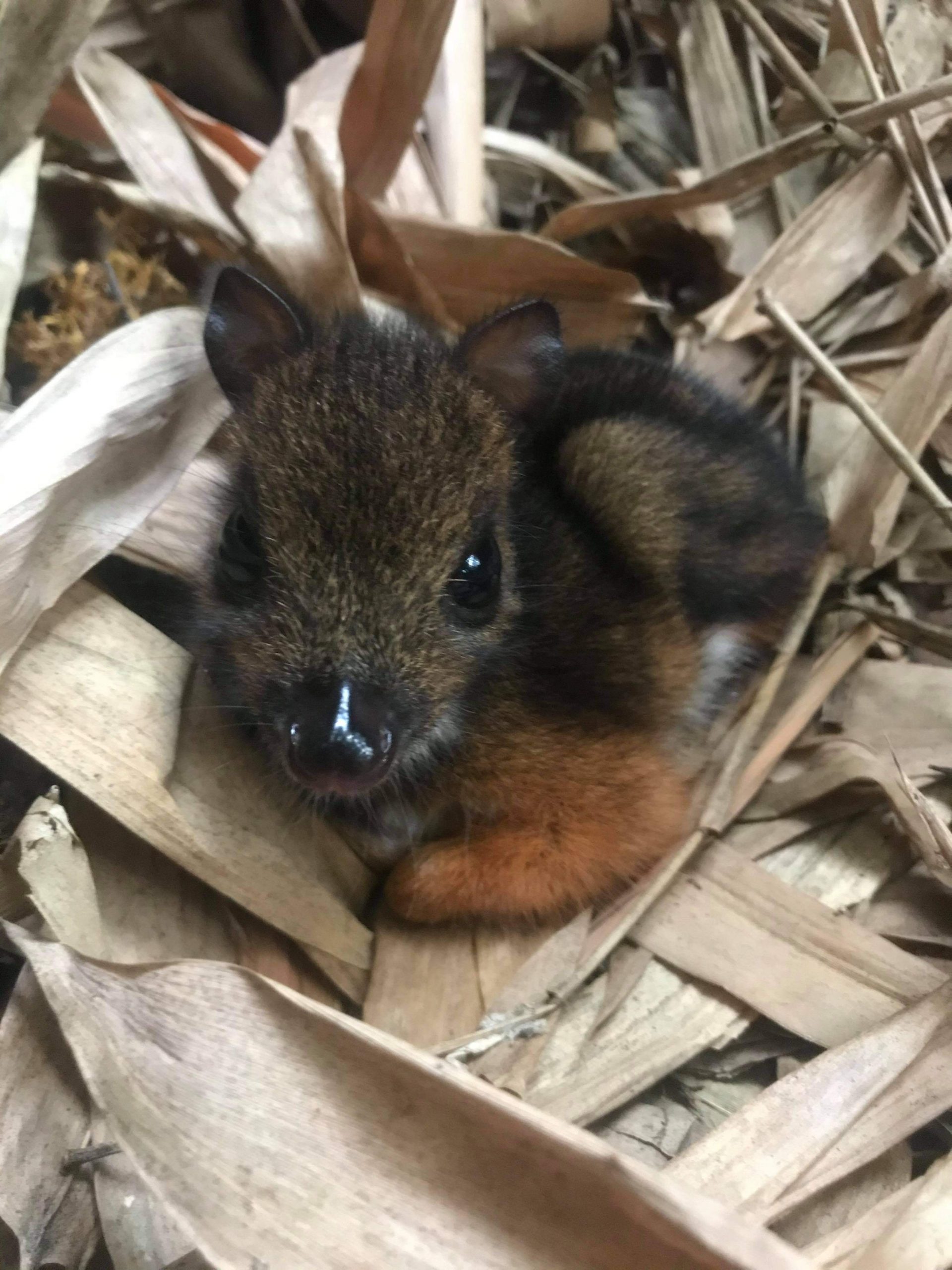 First is a rare Javan Chevrotain (mouse deer). One of the smallest hoofed animals in the world, keepers say the youngster weighed approximately 370 grams at birth and is doing well, though interactions are minimal due to the sensitivity of the species.

This nocturnal species is found on the island of Java in Indonesia. When born, the young are the size of a rat and can run and jump soon after birth. The young suckle only occasionally, and only at night.

The second celebration was over the birth of a scimitar-horned oryx calf (named Freya), a threatened antelope declared extinct in the wild.

Keepers say she is thriving and enjoying running around the large paddock they share with white rhinos, Grevy’s zebra and ostrich. Team Leader, Tim Rowlands, said: “After the first week, the calf follows the dam as she calls her to explore new areas but she’s not at the age to venture too far on her own just yet and has been enjoying running around in the paddock.”

For information, go to www.marwell.org.uk